For the longest time, Facebook was the Kingpin of social media platforms, however, times have changed and so have peoples’ preferences but Facebook has been smart enough to acquire the majority of its competition.

One of its most successful business ventures has to be Instagram which went head to head with Snapchat, a platform that has garnered a majority of the younger population.

Instagram proved to be a savvy investment by Facebook as recent data suggests the platform might be more profitable than its parent company Facebook. A report published by socialbakers indicates that Instagram has overtaken Facebook in terms of influence and much of this popularity has to do with the new and thrilling advertising opportunities that the social media platform has to offer.

Commentary: Have the Hong Kong protesters lost the narrative? 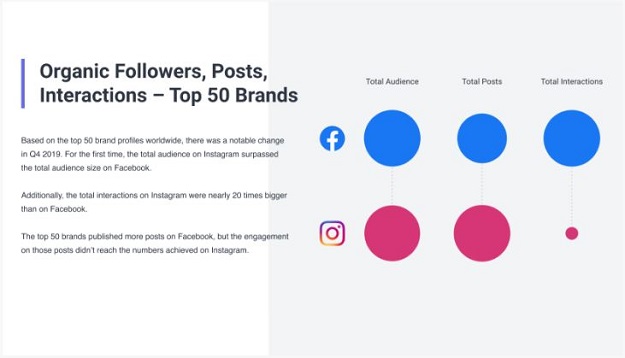 Facebook has also experienced positive growth with Facebook Stories but it is not even near to what Instagram has seen over the years. The report also highlights that in terms of reach and engagement, 7 out of 10 videos posted by Facebook brand pages are shot horizontally, while surprisingly, vertical videos are performing better than horizontal videos across the board.